The Apple I, you may or may not remember, wasn’t much of a hit. Only 200 were made — by hand — and it wasn’t long before the company put its hopes in the Apple II, which would go on to be more popular by far. One of the Is, however, Jobs kept in his office as a demo machine for industry people.

When Jobs left in 1985 he left in a hurry, and this I was left behind on a shelf. Don Hutmacher, one of the company’s first employees, grabbed it and it stayed in his possession until he passed away last year. His wife generously allowed the museum to take care of it, and you can imagine their gratitude.

The team had their suspicious, but a tag inside the metal chassis — and the fact that it had a chassis at all, since Apple Is came just as boards — suggested it was more than a rare Apple I; it was the rarest. It’s signed “BF,” which would have been employee number one, Bill Fernandez. This was definitely, the team decided, Jobs’ custom machine.

Because the Apple I didn’t have a ROM, and Jobs didn’t want to have to program it from scratch any time someone wanted to see it in action, he had a custom EPROM attached to it that initialized the computer with BASIC when it started up. Its RAM, the engineering team suspects, was also augmented so it didn’t run out and crash during the demo.

Banksy Brexit mural of man chipping away at EU flag

I received the largest dose of psilocybin ever administered in a published FDA study. 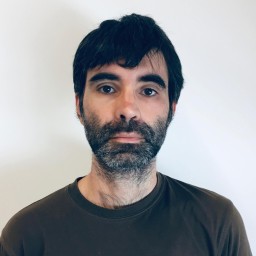